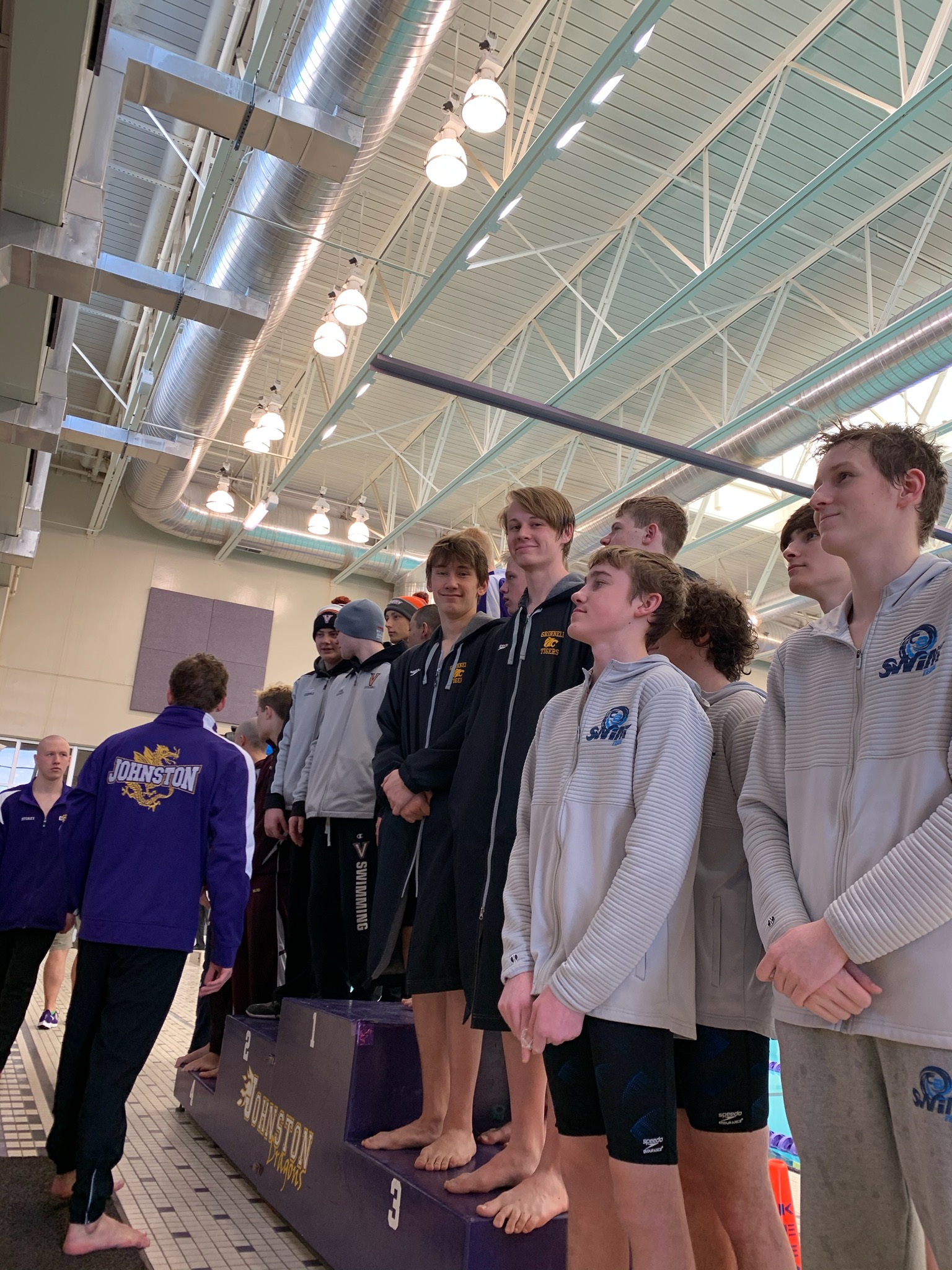 The 400 free relay was so close! The Tigers just didn’t have a big enough drop in times. “The swims that we saw were excellent and there was no question it was our best effort which is all we can ask for as coaches.”

The 400 free relay was 1.4 seconds from the qualifying time.
** All district results and list of state qualifiers are on the IAHSAA state website

There were a lot of great individual swims!

Kayden Heishman broke the 1 minute mark in the 100 back. “He crushed it. The kid is a great backstroke swimmer and he can definitely climb higher in the next two years.”

Trent Rasmussen joined the 22 club in the 50 free. “We knew it was coming. He had a great week of practice leading up to the meet.”

Justin Durr broke 2:20 in the 200 IM and dropped three seconds in his 100 fly. “Justin was one of our best all-around swimmers and he is just a freshman.”

Cody Blain and Zac Fillmore both recorded career best times in the 200 free. “Cody was so close to breaking the two minute mark!”

Mads Knudsen had personal best times in the IM and his 100 breast. “He was a great, surprising, addition to our team this year!”

Ty Strawser and Alex Smith both had personal best times in the 100 free. “Both of those guys really dropped time this year, along with Blake Wilson, which resulted in our 400 free relay getting so close to State. We knew Trent would be fast but we didn’t know those three would get to the level they did this season.”

Other relays (both finished 29th overall):

The medley relay was one of the highlights of the meet. “We had near perfect exchanges, and our guys turned in some awesome splits! Kayden and Mads both dropped a second and Blake and Trent both dropped half a second. We never fully loaded that relay all season and then to see them have that time was pretty awesome. The best medley relay in a decade!”

The 200 free relay dropped about 1.5 seconds. “Each of the guys had time drops, it just wasn’t enough to get us into the conversation for state.”