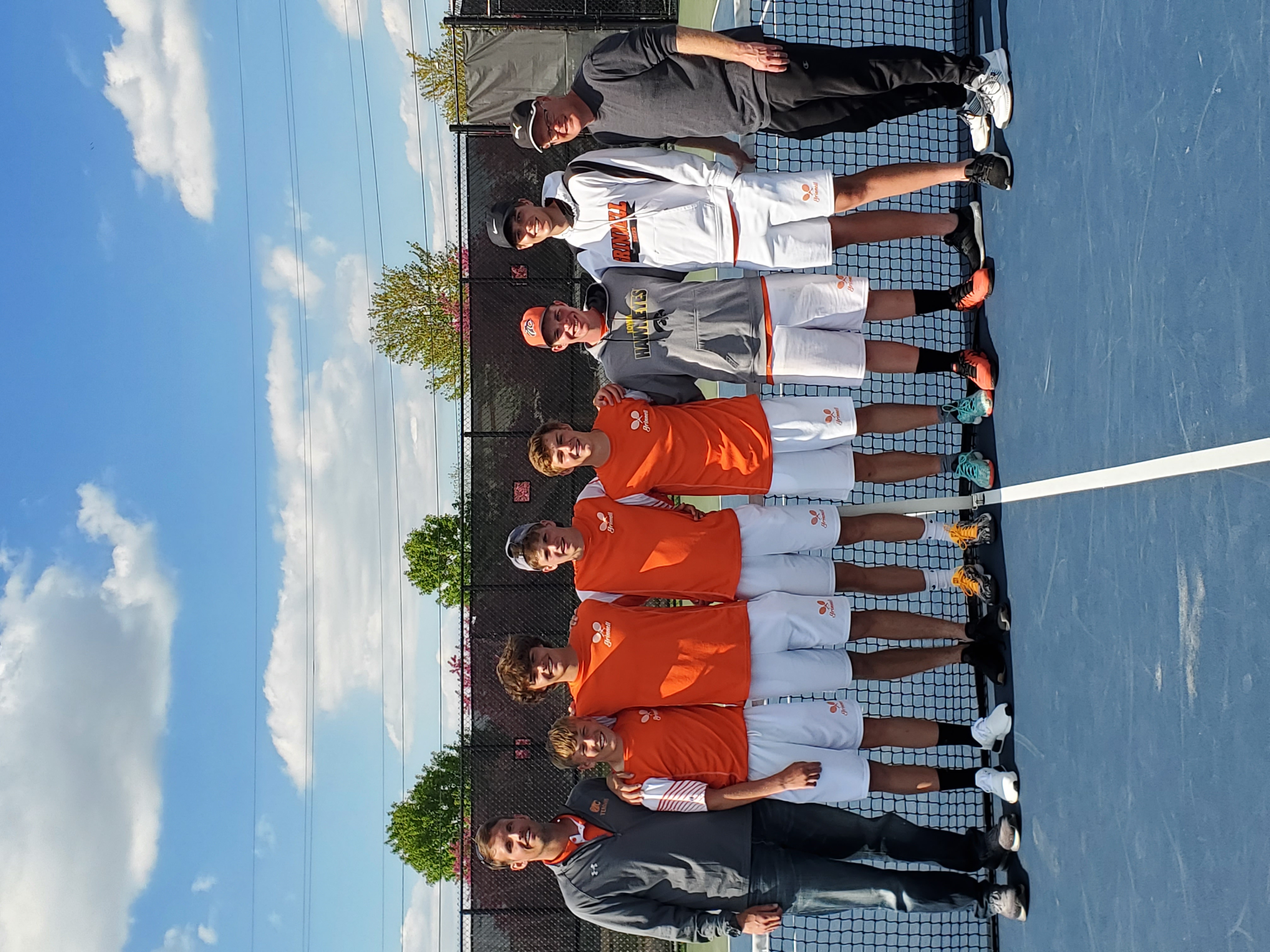 The boys tennis team overcame a tough draw to take 2nd at their district meet in Knoxville. Calvin Jaworski drew the Knoxville #1 player (4 seed) for the first round. Jaworski overcame the odds, though, and had what many said was the upset of the tournament taking down Tyler Wells in 3 sets. Calvin then had to play the #1 overall seed Jordan Roozeboom and was able to win one game on him. No other player won a game on Roozeboom at the tournament.

Eli Ivanov cruised through his first match defeating Albia’s Huegen in straight sets 6-1, 6-0. Again, the tough draw put Eli against the number two overall seed, Jack Edwards from Pella. Eli would lose that match in straight sets. “We felt like Eli was a contender to make it to the semi-finals as long as we didn’t draw into the #2 seed quarter. Unfortunately, that’s what happened.”

Josiah Bailey and Adam Brennan drew the #4 seed, Knoxville’s Roberts and Matthias for the first round. “They played really well and they came close to sending it to a third set but ultimately fell in straight sets 3-6, 4-6.”

AJ Wilkins and Lewis Jolly played the most tennis on the day. They were able to draw the #3 seed and rolled through their first two matches setting up a showdown with the #2 seed Clarke team that only had one loss on the year. This semifinal match determined not only the fate of their state hopes but also was needed for the team to continue to play in the team tennis tournament.

It was a match of runs as Jolly and Wilkins took a 4-0 lead in the first set before losing 6 straight games. Then in the 2nd set after losing the first game, the duo ran off 6 straight of their own to win the set 6-1. The third set and match clincher turned out the same as set two as the the pair dominated to win 4-6, 6-1, 6-1.

With the state-clinching match out of the way, the duo got to play the #1 seed Oskaloosa team. “We played this team earlier in the year and lost. It was a match we were looking forward to.” Jolly and Wilkins didn’t disappoint as they took care of business in straight sets, fighting cramps along the way to take the district title.

The Tigers take on Chariton Saturday morning back in Knoxville at 10am in the preliminary sub-state round.